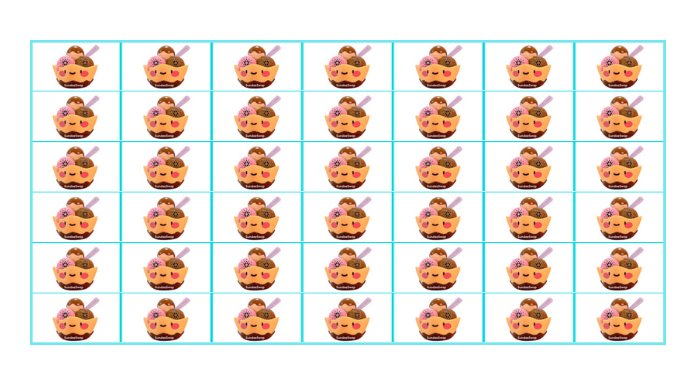 Now that DEXes are live on Cardano, what’s next for Cardano FUD enthusiasts? Cardano’s scaling problems, OBVS. What the trolls will neglect to tell you is that Hydra will not just scale Cardano, it will also kill entire Twitter followings. So, enjoy SundaeFlop while it lasts.

As you’ll recall, the current champion of Cardano DEXes, SundaeSwap, announced the date of their mainnet last weekend. Well, that day has finally come.

Despite it being referred to as a “SundaeFlop,” it’s really an exciting moment for the entire Cardano Ecosystem. But, as exciting as the mainnet is, it’s just as worrisome. Cardano network is still a work in progress. This is why SundaeSwap decided to — in PR parlance — “get ahead” of it a couple of weeks ago.

“With so many new to Cardano, we wanted to provide some context to limit the inevitable FUD,” SundaeSwap said via Twitter. “Why bother to put out a post? With the size of our community and over 500k txs on the testnet, it was clear congestion would be inevitable as we launched.”

The well-thought-out approach, though well-meaning, didn’t account for the trolls’ IDGAF nature. Thus, it brought out the usual Cardano FUD suspects — at least, the ones who aren’t too embarrassed by their constantly shifting goalposts to still speak publicly.

Have been following cardano ecosystem stuff as dexes etc are about to come online, and just read this about one of the dexes upcoming launches 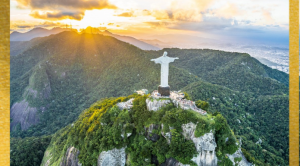 Trending
World’s First DeFi ETF To Be Launched In Brazil

“orders may take days to process”

Cobie, a.k.a Crypto Cobain, wasn’t necessarily wrong here. Orders will likely take a while to process — the team itself admitted that. What he’s wrong about is assuming that’s always gonna be the case…

So, if you’re feeling worried about Cardano’s future post-SundaeFlop, don’t make an assumption out of yourself. Instead, learn about Hydra, Cardano’s scaling solution/elixir.

Okay, so what is Hydra? Before we get to that, let’s brush up on some fundamentals.

Bitcoin, a cryptocurrency some of you may have heard of, uses the UTXO (unspent transaction output) model. Whereas another little heard of crypto, Ethereum, uses an account-based model. Without boring you to tears, the difference here is that Bitcoin is like individuals transferring cash to each other (peer to peer) while Ethereum is kind of like people using a bank account to do that. Or, at least that’s how Hacker noon describes it.

The two models have their pros and cons, which this Medium post outlines brilliantly.

On one hand this approach makes the system more robust, as there is no State machine necessary, no single point of failure, and all addresses can interact with all others independently. On the other hand, it has the inherent inability to send multiple transactions from one address during one block, a feature necessary for Decentralized Exchange Platforms (dEX) where a liquidity pool is necessary and multiple people sending/receiving without time lag.

So, in short, Bitcoin is safe but basic while Ethereum is expansive but vulnerable.

*I’m grossly oversimplifying here, but for our purposes, we don’t really need to go too much deeper than that. For a more nuanced explanation, check out the Hacker Noon article I linked above.

Cardano: Working Both Ends To The Middle

How do you balance the soundness of UTXO and the expressiveness of the account-based model? In Cardano’s case, it’s with extended EUTXO (EUTXO).

“Bitcoin and Ethereum, hosting the two currently most valuable and popular cryptocurrencies, use two rather different ledger models, known as the UTXO model and the account model, respectively. At the same time, these two public blockchains differ strongly in the expressiveness of the smart contracts that they support. This is no coincidence. Ethereum chose the account model explicitly to facilitate more expressive smart contracts. On the other hand, Bitcoin chose UTXO also for good reasons, including that its semantic model stays simple in a complex concurrent and distributed computing environment. This raises the question of whether it is possible to have expressive smart contracts, while keeping the semantic simplicity of the UTXO model.” https://iohk.io/en/research/library/papers/the-extended-utxo-model/

EUTXO essentially adds more “powerful” scripting — executable section of code that automates a task — to the UTXO model to help carry “state” information it’s not capable of.* In the way it combines state information with the base model of UTXO, you could argue the E should stand for Ethereum. But I digress.

Problem is, the more powerful EUTXO scripting does not solve the transactions issue present with the UTXO model. This is why that, even as smart contracts have been deployed on Cardano, DEXes like SundaeSwap that have succeeded to a certain extent — how they have is proprietary for now — are issuing warning labels about using their DEX like it’s a box of cigarettes.

This is where Hydra comes in.

*Again, oversimplifying here. For more on this, check out Cardano’s official explanation.

Hydra is a layer-2 solution. But, I like to think of it as an elixir, too.

I’m sure you’re all familiar with the myth of the Hydra. The many-headed serpentine beast that grows back two heads for every one that gets chopped off. It’s a handy little metaphor, in this case.

You know how everyone and their mother has a Cardano stakepool now? There is a good reason for that. The more stake pools, the more validators in the Cardano network. This is why Cardano incentivizes smaller stake pools. They want bigger pools to break off and form more.

But why do you need more? The more stake pools allow for faster aggregation of the aforementioned “state” data that EUTXO’s scripting allows for. So, when transacting with Hydra, ADA is taken off layer-1 (Cardano) onto layer-2 (a Hydra head) — this can be any number of Hydra heads. Each Hydra head then aggregates and consummates transactions together in bulk before bringing them back onto layer-1.

Basically, Cardano is going to be able to do what Ethereum is doing smart contract-wise, but safer. Not to mention, the stakepool model theoretically allows for infinite transaction speed capabilities. In other words, those slow speeds Cobie is going to ridicule, will be replaced by faster and cheaper transactions available on the Ethereum Network.

The problem is, it’s going to be a little while. So if you bought a bag of ADA, don’t expect any gratification until Hydra is live. And probably stay off Twitter until then.