What Is Sensorium Galaxy? – CryptosRus

Entering the race to the metaverse, Sensorium Galaxy aims to bring a unique experience with AI-Powered avatars and immersive EDM concert experiences with famous DJs.

What Is Sensorium Galaxy?

Entering the race of creating the next social metaverse space, Sensorium Galaxy (SG) aims to rethink the way people interact and experience the arts in this digital environment. This up-and-coming VR platform revolutionizes digital communications through a sense of presence. “Feel closer than ever to the people you love and the things you enjoy. Thousands of high-quality VR activities available to awaken the senses and drive more frequent, diverse, and stronger human connections.”

Combining virtual reality, artificial intelligence, and blockchain technology, SG promises to bring real-life experiences into the metaverse. SG is a galaxy where different multi-worlds exist. Via their Sensorium Starship, users visit these 3D worlds where people can get together, play games, attend concerts, and organize dance classes. They also have an in-platform currency, SENSO, that will drive all value transactions within the galaxy.

Prism, a world of sound frequencies, will be the first SG’s world to make a debut before the end of 2021. The invitation-only debut experience will be an EDM concert headlining big names like David Guetta, Carl Cox, and Steve Aoki. Along with this, Sensorium has already released a mobile app where users can chat, watch streams and play mini-games. A desktop app and VR headset are also on their roadmap for 2022. 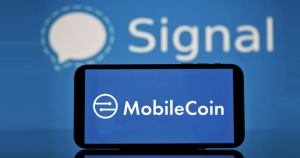 Trending
Signal Messager App To Unveil Its Very Own Cryptocurrency

SG promises to deliver a unique user immersive experience with the Best-In-Class technologies listed below:

Before visiting the Galaxy, each user has to create an avatar, which enhances the immersion, allowing users to express themselves. Designing is a smooth process, thanks to a variety of avatars, clothing items and special effects. Once ready, the user can dive into the Galaxy. pic.twitter.com/6wtyPM6Z8a

The debut album of Kàra Màr is out now! 3 minutes and 333 Mb of “Anthropic Principle” sharp techno declare an artificial intelligence’ manifesto to people. Listen now on all music platforms!https://t.co/c7R3FSkkte pic.twitter.com/509dEcvfZM

RECOMMENDED: IS REESE WITHERSPOON JUMPING INTO THE METAVERSE?

Sensorium Corporation has some exciting partnerships. Their technology partners that help build the AI avatars and game mechanics are T4W, H+ Creative, and AI R&D. Roc Nation is also supporting Sensorium with a diverse roster of talent that will help develop content for the platform. On top of this, Sensorium has partnered with Epic Games to launch one of the world’s top initiatives for Unreal Engine developers.

Mikhail Prokhorov, the Forbes-listed billionaire, founded and solely supported Sensorium in 2018. Since then, Sensorium Corporation has raised over $100 million in private investments. In addition, TIDAL, a global music streaming service owned by globally acclaimed artists such as JAY-Z, Rihanna, and Daft Punk, also purchased 7 million dollars in SENSO tokens in late August 2020.

Currently, Sensorium has over 30 members, with Igor Goldman, Alex Blagirev, and Sasha Tityanko as deputy CEOs. In addition, Ivan Nikitin serves as Cheif Metaverse Office and Yann Pissenem as Co-Creator of PRISM.

Initially an ERC20 token, SENSO was first designed as an in-platform currency for Sensorium Galaxy. However, the team has expanded the token use cases beyond that idea as DAO, running NFT marketplace and NFT minting. SENSO will also be migrating to a substrate-based blockchain connected to the Polkadot ecosystem.

Sensorium conducted the world’s largest token burn in history in April 2021 by reducing 5.9 billion token supplies to 1.7 billion. They aim to burn another 1 billion SENSO by the end of December 2021, leaving 700 million SENSO to circulate. In addition, the team plans to lock up 500 million SENSO for digital assets in-game sales and leave 200 million tokens as active supply.

Referring to the recent security accident on KuCoin we came up with a decision to reissue all $SENSO 1:1 via a token swap.

RECOMMENDED: Three Metaverse Play-To-Earn Projects To Keep On Your Radar

There is no doubt that SG is an interesting project in the VR space. With ample funding, an experienced team, and solid partnerships, it is highly possible that the team will deliver its promises. However, there are still many uncertainties since this is an unfinished long-term project. Furthermore, since SC is in the race to the metaverse, they have some high-profile competitors such as Facebook Horizon and Microsoft’s Mesh. Not to mention that both competitors plan to deliver their metaverse space before SG does. So, for now, we shall continue to follow the project and keep a close eye out for who might win this race.

Where To Buy SENSO?

You can purchase SENSO through KuCoin exchange, similar to how you would buy another cryptocurrency. You can either place a market buy or a limit buy. With a limit buy, you determine the price you are willing to pay, and your order gets filled once the token price reaches your limit price. If you want to get your hands on the token quickly, you can place a market order, where you agree to pay the current price and have your order filled almost immediately. If you are interested in purchasing SENSO, you can do so by visiting KuCoin.